Parallax Sounds Is A Journey Through Chicago 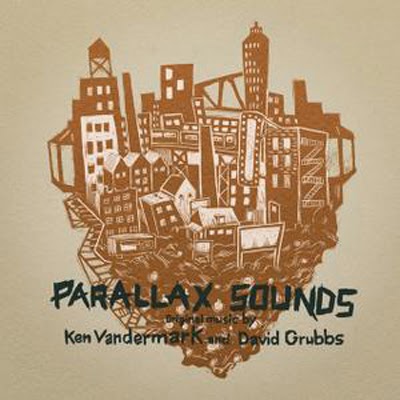 Parallax Sounds Chicago is a film that explores the city's vibrant and multifaceted underground scene that exploded in the 1990's. Featuring interviews with folks like David Grubbs, Steve Albini, John Herndon the movie is a fascinating glimpse into Second City. The soundtrack to the documentary Parallax Sounds is just as fascinating and features many of the same interviewees as members of the Parallax Ensemble.

So what happens when you get this much talent in one room to record a record? One amazing soundtrack that's musically on another level. Parallax Sounds is an amazing and succinct musical journey that alternates between indie rock and post-bop jazz soundscapes. Having not seen the movie I have no idea how these pieces are used in the film, but from a musical perspective the songs are solid works of cool. With awesome arrangements, fantastic horn bursts, and chiming vibes this is a soundtrack in constant motion and is excellent as a stand alone recording. The Parallax Sounds truly knock it out of the ballpark (Wrigley Field perhaps?) here and I guess that should be expected when you know the talent behind it.

With each piece composed around a certain segment (noted on the credits)of the documentary it allows your mind to piece together what the movie is or could be about. For example, “Tomorrow Is the Past,” is an amazing jazzy workout that seems to have the same angularity that Frank Lloyd Wright's buildings do and thus it fits his segment. Parallax Sounds is a musical tour guide to 90's Chicago and beyond and if you've ever been there then you can almost see the city and it's scene reflected in each of these pieces.

Enjoyable in it's own right or as a brilliant supplement to a documentary, Parallax Sounds is an excellent effort that's experimental, imaginative, and fantastically played.
Posted by Paul POP! at 5:11 AM