Codeine Gets The Numero Treatement 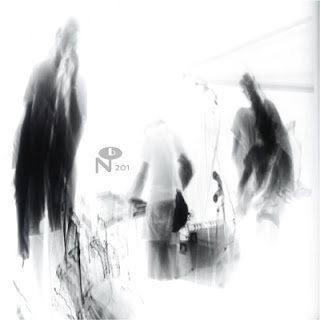 What more can you really say about Codeine that hasn't already been said over the course of their three album career and the decades since then. They pretty much invented sadcore, became one of the more influential bands on Sub Pop, and then called it quits before it all got too boring. As time moves on so do record labels and these precious documents of the band slowly slid away into the dark recesses of pop history. But now, thanks to the fine folks at Numero, they're back and all three of Codeine’s albums have been restored to their proper place in the pop canon.

Gathered together under the name of When I See the Sun, Numero has pieced together all three albums into one deluxe two LP+CD or Box set. It's epic stuff and some of the most depressingly essential recordings ever put to tape. Needless to say, we're glad that Numero took a break from releasing soul records to put this out and they deserve kudos for taking the time to make it so perfect. This is an awesome set that leaves nothing out and preserves the classic nature of all three albums: Frigid Stars, White Birch, and Barely Real. In addition, each album has been restored and is accompanied with a ton of bonus material including singles, demos, live recordings and even Peel Sessions.

This stuff is so good and so ahead of it's time that it will leave you in tears. As if to prove the point Codeine's cover of Joy Division's, "Atmosphere," is even more depressingly beautiful than the original and would probably make Ian weep. This is a set to fall in love to, it's something to treasure and it's and most importantly a document from era long since past. If you ever wanted to know where bands like Low got their start from...just listen to these records. Absolutely essential, When I See the Sun is easily one of the best re-issues of the year.
Posted by Paul POP! at 7:52 AM