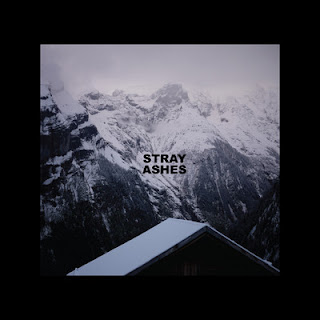 JBM is a one man band better known as Jesse Marchant. His latest album Stray Ashes came about after feeling absolutely drained from a year of touring and wanting to take a much deserved break. Retreating to a cabin in the Catskills he began the process of relaxing and putting together his Stray Ashes. Experimenting with loops of guitar melodies on electric guitar and drums he slowly pieced it all together. Eventually coming together with a few trips into the "real" world and adding John Congleton and a few other friends to help with the project Stray Ashes eventually was finished.

Sounding remarkably like a Jason Molina project or early Early Day Miners, JBM creates minimal sparse and never-ending songs. The riffs and instrumentation that he uses is barely there and at times almost hard to hear but he creates a certain kind of depressingly beautiful aesthetic that's mesmerizing to listen to. You really can't help but think of folks like Magnolia Electric Company while listening to Stray Ashes and Marchant does a great job of out Molina-ing Jason Molina. This record is a meager but gorgeous affair that relies on its hypnotizing atmospherics and aesthetics to cast its spell over you.

Stray Ashes was written after being exhausted and you can hear that on every song here. The disconnection, the withdrawn sounds, the intense intimate feeling it all works to make JBM sound like a closed off song writer. Closed off he may be, but Stray Ashes is impressive stuff that will leave you drained and potentially depressed and something tells me that's kind of what JBM was after here. In other words you can hear and feel his pain.
Posted by Paul POP! at 2:43 PM

Email ThisBlogThis!Share to TwitterShare to FacebookShare to Pinterest
Labels: jbm