The Sufis Tune In And Drop Out 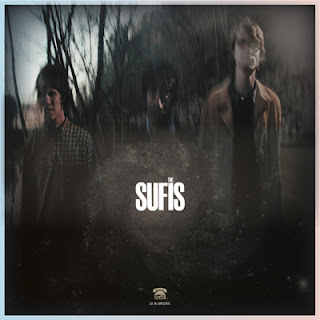 Someone has apparently forgotten to tell The Sufis that it is indeed the 21st century. This group of Nashvillians is so lost in the past I doubt they even know when or where they’re at. Their self-titled debut album is an epic masterpiece of tripped out psychedelic garage rock that sounds like it came straight from Haight & Ashbury circa 1967.

An awesome record throughout, you can almost see and feel the trip that this group is on. Songs gel together; run amok, shine, sparkle, and wind on and on into eternity. Guitars, sitars, drums, spacey vocals; it’s all here and here in droves. The Sufis is an amazing record of spaced out jams from the planet Mongo. It’s crazy stuff that’s so inspired by the vibes of the past you’ll half wonder if these guys don’t walk around in massive bell bottoms, smoke tons of dope, and just stare at oil dripping all day. This is crazy proggy psychedelia that kicks some serious butt. From instrumental jams, atmospheric wanderings, and actual pop songs The Sufis have it all in their tripped out psychedelic arsenal. As they themselves say, they don’t know why or how they create the music they do, the only know that they love doing it. You can tell after just one listen that these guys do love what they do and the sounds that they’re flying around in.

The Sufis is an awesome record that’s filled with guitar solos that go on for days, grooves that last even longer and trips that spin into infinity. If you weren’t alive in 1967 and wondered what the whole psychedelic movement was like back then, take a tip or a trip with the Sufis and you will be enlightened. Retro futurism as never sounded so far out…man.
Posted by Paul POP! at 1:46 PM

Email ThisBlogThis!Share to TwitterShare to FacebookShare to Pinterest
Labels: the sufis