The Lovely Few & The Orionoids 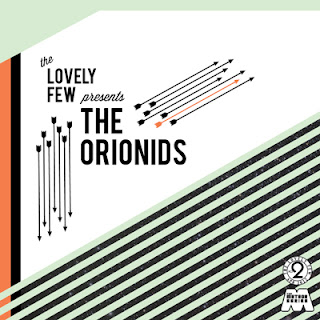 The Lovely Few are an indietronic group from Columbia, South Carolina who sound as if they've been floating along in Ambien fueled dreams for their entire career. Their latest record, The Orionoids is an alien soundscape in a galaxy far, far away. It's lethargic and snoozy pop that floats overhead with hypnotic use of horns, synths, and whispered vocals. It's almost to the point of being the electronic equivalent of sad core but doesn't quite reach the depressing proportions involved.

The Orionoids is beautiful stuff that crawls slowly through the five songs that make it up. Only once during the course of the record does the band raise its voice and it's during that tune that the band ventures into this darker Radiohead territory that’s kind of cool. It's all very mystical, woozy sort of stuff that even when it builds up enough energy still sounds like it's in a funk. It's all very enjoyable stuff if that sort of drifts off to sleep kind of way. There's nothing up front about this stuff but it is nicely played gorgeously strung together, and sounds wonderful. This is the soundtrack to your next nap and perfectly paced at just 15 minutes!

Email ThisBlogThis!Share to TwitterShare to FacebookShare to Pinterest
Labels: the lovely few