Presents For Sally Gives Us A Gift of Colours & Changes 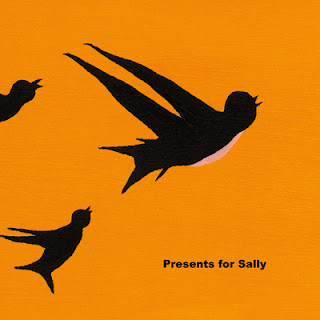 You know you're old when you've lived through a movement long enough to see kids fascinated by it and decide to imitate and embrace it wholeheartedly. Such is me and the case of Presents for Sally. This band so encapsulates the Oxford and Leeds shoegazing scenes from the 90's that it makes me feel like a proud parent. The scene that celebrated itself 20 or so years ago has had kids and they're taking after their parents and that's well pleasing.

Anyway, Presents for Sally's album Colours & Changes is an amalgamation of everything that made Ride and the Pale Saints fantastic. There's enough hazy vocals, phase shifted guitars, floor staring, and epic riffs that stretch on to infinity to make any fan blush. Colours & Changes is a brilliant album that layers harmonies upon harmonies, processes guitars into the stratosphere and leaves things just rough enough so that it all seems like it was recorded shortly after 7am on a Monday morning. Presents for Sally have really done a great job of embracing the past and fondly trying to make it sound like something different. They succeed for the most part as certain aspects of this record seemingly want to venture into US indie rock territory while firmly utilizing enough effects to reign in the bombast.

From the opening waves of, “We Fought Lucifer (And Won)” to the epic psychedelia of, “Softly Spoken/Outside Honey,” Colours & Changes is a gauzy treat of sonic bliss. I know bands like this are a dime a dozen now days but so few are honest and sincere in their approach; Presents for Sally are sincere and it shows on how each of the songs here rings true. They may be called Presents for Sally but the real gift is us being able to enjoy Colours & Changes.
Posted by Paul POP! at 5:20 PM

Email ThisBlogThis!Share to TwitterShare to FacebookShare to Pinterest
Labels: presents for sally