Lost In A Static Daydream 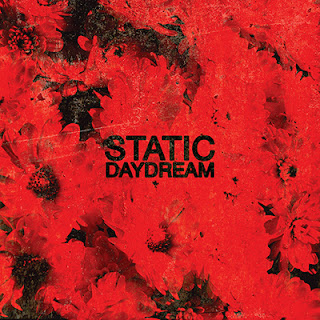 Where Snow In Mexico fully embrace a stark minimalistic approach to writing music (see below), Static Daydream on the other hand tackle pop music with sheets and walls of distorted bliss enveloping the listener. Their latest self-titled album is an effects, pedal loving affair that brings the best elements of Chapterhouse and My Bloody Valentine and smash them together in a super-collider of distortion and post shoegazing euphoria. Static Daydream is a brilliant slab of post-shoegazing that sounds like it was produced in 1992 and left on a shelf at Creation's office once Oasis came along.

Entrenched in everything that made the early gazing scene so great, Static Daydream have studied and mastered the manual and have taken those skills and created eleven songs as proof of their mastery. With cascading sheets of noise, drum machine beats, distortion overpowering everything and of course a detached vocal track Static Daydream is awash with enough noise, beats, and heavenly like hooks to just about reach instant classic status. This is clearly a record for anyone who admires dry ice clouds , guitar pedals and the early 4ad/Creation catalog.

With equal parts of aggression and placidity the record is a roller coaster ride of what you can do with a guitar and some nifty production. It's a perfect record for the most part and for anyone that's ever loved the Scene that Celebrated Itself they'll rejoice in it's rapturous washes, moody ethereality, and otherworldly charm. Static Daydream is a psychedelic record for the angelic set and it truly sounds as if it's from another world. Distortion and noise shouldn't sound this good but Static Daydream proves it's possible that there's beauty in losing your hearing and Static Daydream is proof positive.
Posted by Paul POP! at 6:00 PM