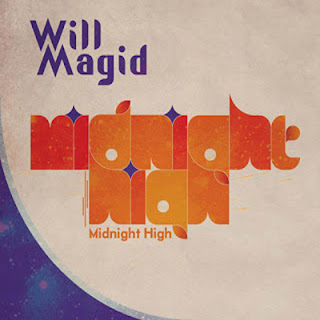 Producer and trumpeter Wil Magid has deep roots in jazz, dance music, and traditional music from around the globe. He fuses these influences into a heady blend of grooves, sass, and coolness that's partly chilled and partly hyper active. His latest EP reflects this not only in its name, Midnight High, but also the music that is contained within it. From Latin vibes to deep house grooves Midnight High takes us on a six song whirlwind trip around the globe

Magid is a diverse and open minded musician and you hear this throughout the record. With samba's colliding with electronic elements and dubbed out vocals mixing with funeral dirges and just about everything in between this record is quite literally all over the place; globally and musically. While trumpet obviously plays a role here he doesn't grant the instrument total billing and allows the albums atmospherics and grooves to carry us away rather than the horn. He's constructed a gorgeous record that's a stroke of jazzy crossover brilliance. Chilled to perfection and as diverse as the world itself Midnight High is a busy but fun listen that will have you reaching for your passport!
Posted by Paul POP! at 4:34 AM

Email ThisBlogThis!Share to TwitterShare to FacebookShare to Pinterest
Labels: will magid