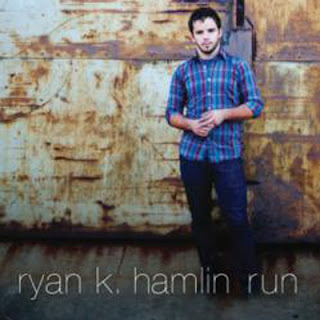 As one might expect with an artist who goes by their name, Ryan K Hamlin is a singer songwriter armed with a guitar and big songs. His EP Run is packed with country twinges, rock and roll influences, soaring harmonies and apparently a broken heart. The four songs here are all pretty well written and played and to say that they are ready for teary TV moments would be an understatement.

Run is a heart breaking, emotional roller coaster of a little record. With five songs guaranteed to make girls swoon and melodies that will haunt their souls Run is good for what it is. While I'm not a big fan of this sort of stuff I can totally appreciate what he's going after. I'll put it to you this way, if Ryan doesn't wind up with material playing in the background of some CW show in the near future there's clearly something wrong with the world.
Posted by Paul POP! at 10:18 AM