We Are Loud Whispers Overcome Suchness 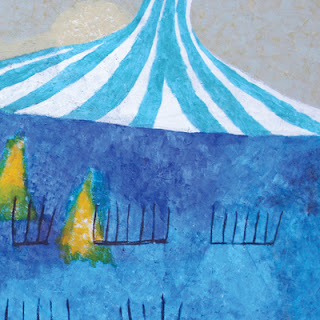 We Are Loud Whispers are the latest dynamic duo to emerge out of nowhere but unlike most, the members of this band haven't actually laid eyes on each other in over five years. Putting together songs in a Postal Service kind of way, We Are Loud Whispers pieced together their album Suchness through email. With one member in Seattle and one member in Honshu there were a few barriers to overcome like an ocean, occasional language issues, and the inability to physically play together but somehow, some way they overcame all that and created something magical.

Slightly twee and altogether delicate, Suchness is a gentle, meandering record that unobtrusively makes it's way through ten songs without raising it's voice once. Instead , Suchness is a dreamy and sleepy record that sounds like it's been stuck waking up and stretching for months. Slightly ethereal and minimal in it's construction, Sonya & Haitani weave this very fragile tapestry that's held together by Sonya's whispers and Haitani's gentle strums and washes. Using bare electronics and gently played riffs the whole album sounds like it could shatter into a million pieces if Sonya raised her voice or hit a high note. It's really all in their name if you think about it...they are indeed loud whispers.

Suchness is a hug-able record that's the very definition of twee pop cool. One listen to, "Western Town," confirms this; with it's horns, broken beats, adorable hooks and Sonya's sighs the song is simply almost to much for your heart to handle. Emotionally charged, but woozily motivated We Are Loud Whispers are lost in the miasma of indie pop, synth pop, and a catatonic state. Despite what you might think, it works for them as Suchness is dreamily perfect and the sort of thing that's near unforgettable.
Posted by Paul POP! at 8:00 AM

Email ThisBlogThis!Share to TwitterShare to FacebookShare to Pinterest
Labels: we are loud whispers