Fetsum And The Colours Of Hope 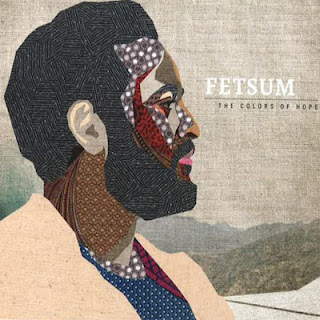 Urban folk singer, Fetsum is a troubadour who creates soul inflected intimate music that mixes reggae, R&B, and acoustic music together into a quiet introspective brew that's half quiet storm half folk journey. His album The Colours of Hope is a diverse recording that probably has more in common with someone like Jeffrey Osborne or Al Jareau then someone from the modern folk scene. That being said, it's pretty obvious that this is not your usual folk record.

The Colours of Hope is an up close affair that as the title states is hopeful, optimistic, and positive. Fetsum is a soulful singer and he wears his passions and emotion on his sleeves. As a result, The Colours of Hope is a pretty chilled out record that features some nice acoustic work and non-standard instrumentation delivered with a lot of heart. While this record might not have a "hit," amongst the nine songs that make it up, the record is gripping and engrossing none-the less.

The Colours of Hope might not be the sort of record you run home to listen to repeatedly, but it is a record well worth your time. Fetsum's intimacy, honesty, and optimism is highly respectable. Hovering outside of the norm, Fetsum demonstrates he is a fantastic songwriter who's found a comfortable niche utilizing non-standard influences and sounds to create a folk record that non-folkies like me can at least listen to.

Email ThisBlogThis!Share to TwitterShare to FacebookShare to Pinterest
Labels: fetsum