The Hives Return With Lex Hives 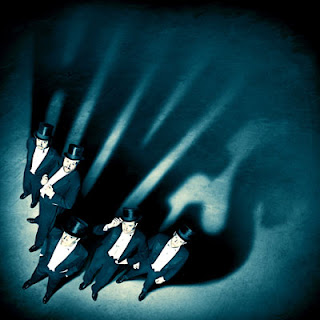 If the whole garage rock explosion that started way back in 2001 died somewhere around 2003, someone clearly forgot to tell The Hives. These Swedish purveyors of all things rock and roll (and snazzy dressing) have carried on for the better part of the last decade turning it up to 11 and just rocking the heck out. They're discography is a statement of consistency and purity that can't be beat. Their latest album Lex Hives is no different and only goes further to perpetuate the legend of the Hives.

While their look may have changed over the years (ties, bow ties, blazers, and now tuxedo's) The Hives sound hasn't. Still rooted in the sixties and then mixed with a dose of punk, the band sounds something like the Sonics as if they were living with Iggy Pop. They are brash, loud and groovy and their songs force you to move despite how hard you try and resist. Lex Hives is a fierce record of kinetic forces colliding in fifteen different directions and the results are a frenzy of rock n' roll insanity.

While they've obviously gotten tighter and more polished over time, the ferocity that's become the unofficial trademark of the band is well intact. These guys are so aggressive and musically compelling that it's as if they're constantly challenging you not to like them. It's as if they're saying, "Go ahead. We dare you." You just can't dislike this band because with exception of Black Keys and Jack White no one is keeping the torch of rock burning brighter than these guys. Lex Hives is amazing because it's simply pure rock and roll with no gimmicks, no tricks, and no technological reliance. This is a record of five guys having the time of their lives creating face melting, butt kicking rock and roll the way nobody does anymore.

If rock and roll is dead than Lex Hives is the sound of it digging itself out from premature burial. This is the soundtrack to the genre refusing to go away easily and biting, kicking, and punching its way back to life. The Hives are along for the ride, carrying the flag for rock and roll and it seems as though they are only too happy to obliges. Lex Hives is amazing, it's nothing new or different just more of the Hives being the Hives and truth be told that's a lot more than some people can handle. Without a doubt one of my favorite records of 2012.
Posted by Paul POP! at 8:50 PM

Email ThisBlogThis!Share to TwitterShare to FacebookShare to Pinterest
Labels: the hives