Allah Las Go Back In Time 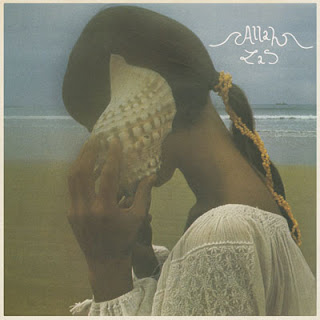 Someone has clearly forgotten to tell the Allah Las that it is not 1966. You see, this is a band that is more Rolling Stones than the Rolling Stones and more Sonics than the sonic boom. With a sound that feels, oozes, and seeps authenticity you half expect these guys to be all dressed like Roger McGuinn and sound like him as well. They're that convincing and in a word this band is awesome. How can you not like a band that's more 60's than the 60's and cooler than a pack of James Deans?

The Allah Las self titled album is twelve songs of Hammond organs, jangly guitars, slightly psychedelic vibes, and vocals that almost seem like they've come straight from forty years ago by very primitive satellite. Psychedelic pop with a heavy emphasis on the grooviness; the lackadaisical and hypnotic feel of Allah Las comes to us courtesy of the drawn out vocals, slow rolling drums and strummed guitars. While the Allah Las might have been recorded earlier this year it's so incredibly old sounding that it's hard to believe it's actually new. This record is jaw droppingly amazing and the it's the sort of thing that the Brian Jonestown Massacre could only ever hope of recording.

Psychedelic pop hasn't been this good since the Jefferson Airplane graced Haight & Ashbury and the Allah Las have done their best to make sure of it. They do a great job as Allah Las is a post-modern work of genius that's lost in a parallel universe where everything is feelin groovy; this is one for Baby Boomers and their children to trip the light fantastic to. If ever there was an essential classic rock record that wasn't classic rock the Allah Las would be it.
Posted by Paul POP! at 6:37 PM