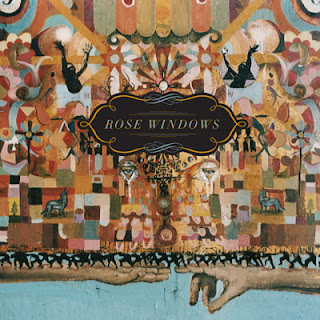 Rose Windows seem to have emerged out of a coma recently. This band, who seemingly are from 1968, have awoken from their forty year slumber with a series of epic progressive psych gems under the name of The Sun Dogs. Their medical issues are apparently our gain because these guys have brought along their lava lamps, strobe lights, Orange amps, and guitar riffs of the gods with them straight from the past.

The Sun Dogs is twangy, folked out psych with loud guitar freak outs and eternally drawn out jams. This is a band that takes everything we learned in the 60's lets it float around for an eternity and then casts it out in a frenzy of musical mayhem. The Sun Dogs is awesome stuff that sounds something like Janes Addiction meeting Celebration to do the right drugs. Rose Windows are the sound of 1968 and they've come back to haunt us. These guys can play and play they do with massive riffs, spaced out atmospherics and a decent pop sensibility that steers them free of losing the plot. “Native Dreams,” for example is six minutes long but the song is actually catchy and memorable...whether you tripped out or not.

Rose Windows have manage to create an expansive and immense record that's heavy and yet easy on their ears. It's a record firmly entrenched in the past but able to see the future on the horizon. The Sun Dogs is the sort of thing that any self respecting music lover needs to have on while reading The Electric Koo-Aid Acid Test.
Posted by Paul POP! at 7:38 AM