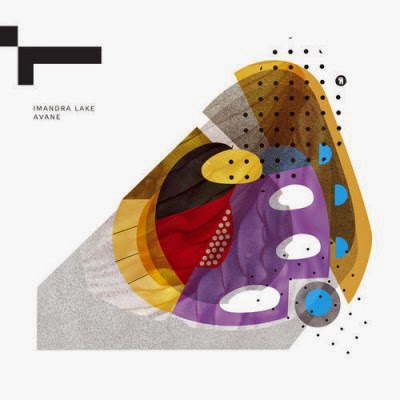 In an age of digital media and the death of the post office, the arrival of a package from a foreign land is a reason to be excited. It reminds me of my days as a tape trader and getting cassettes from all over the world. I had tape trading friends in Germany, Sweden, Canada, Peru and, um, Illinois. There was nothing cooler than coming home to a stack of tapes from all over. Thanks to the folks at Estonian label Seksound I got that sense of excitement once again when their package arrived containing Imandra Lake’s album Avane.

The excitement continued when I put the record on and it swept me off my feet. Imandra Lake create dreamy post shoegazing soundscapes that are shimmery, ethereal, and hint of other worldliness. Perhaps a bit of Sigur Ros meets Slowdive in an Ambien fueled dream, Avane is gauzy and occasionally abstract while at other times warm and almost poppy. Imandra Lake create a stunning soundworld here that, while I have no idea what they are singing about, is incredibly easy to get lost in. Avane is gorgeous stuff. Its guitars cascade like gentle musical watefalls and it sounds as if Robin Guthrie’s spirit guided them through the making of this record. It truly is magnificent and expansive stuff whose songs seem to wash over you in a cleansing array of sound. It’s fragile beauty is hypnotizing and what Avane lacks in catchy pop hits, it more than makes up with sheer exquisiteness.

Somewhere in heaven Avane plays in waiting rooms. Its otherworldly feel is the sound of angels and Imandra Lake’s elegance, simplicity, and imagination are awe inspiring. There’s nothing you can say bad about this record, it’s simply stunning in the most winsome of ways. You might have to expend some energy to seek and obtain Imandra Lake’s Avane but trust me when I tell you, it’s worth it. Avane is so good, it’s almost worth going straight to Estonia to pick up a copy.
Posted by Paul POP! at 8:52 PM